Wow what a month I've had. So many things going on at the same time. Let's start with work. I just finished up a contract with a lovely charming young woman today and the last two days I've also been in the studio doing some voiceover work for the ESL textbooks. It's related to that job I applied for but didn't get last month. When I inquired about who got the job, I was told, "Someone from McGill with no experience." McGill is a big university here. So it made me wonder what I had said wrong in the interview. Monday, I start a nine week full-time contract for people on unemployment. Apparently their last hurdle to entering the job market is their lack of English communication ability. But between you and me, it's more than just that that makes it difficult for them to find employment. Ahem.

I got THE CALL last Wednesday before our getaway. More on that at the end.

Last weekend, Serge and I had a very well-deserved weekend getaway to Washington DC. We drove down to Burlington after I finished my class last Thursday at noon. We had a little extra time to spare before our 7pm flight so we went into town and bought shoes. We both got new pairs of New Balance (for those who value comfort over fashion) for less than HALF the price they cost up here. Plus no sales tax on shoes in Vermont! Cool beans. It was kind of long getting from Dulles into Washington DC. We finally checked in at about 11. I asked if I could buy some wine somewhere and that's when I learned that there is no wine sold except at (closed) government stores and there was no mini bar in the room either. So we went to the restaurant across the street and had a couple glasses before they closed along with a yummy calamari. We would have had more, but they were mopping the floor. We took the hint and went back to our room. 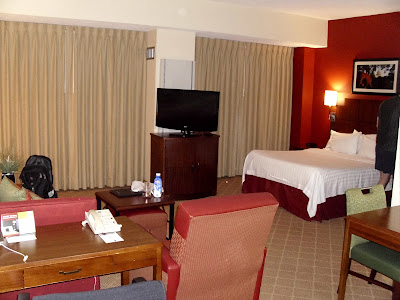 The room was so big. It had a fridge (would it have killed them to stock it with wine?) and stove that we didn't use. Basically a large bachelor apartment. With the free wifi and the extensive free breakfast buffet, this room was a steal at $70 Thanks Priceline! Before going to bed, we checked the email (bad idea) to find that one of our tenants downstairs is going to break her lease because she has a bug phobia and has seen a couple of silverfish. Plus she knew we had just left for the weekend. It infuriated me so much that I lay there all night stewing and didn't sleep a wink. Not a happy start for me.

The next day came and as we had reserved and prepaid for our National Mall Segway tour, I dragged my ass out.. It took 15 or 20 minutes to really get the hang of it, but once you do, it's really easy - and fun! 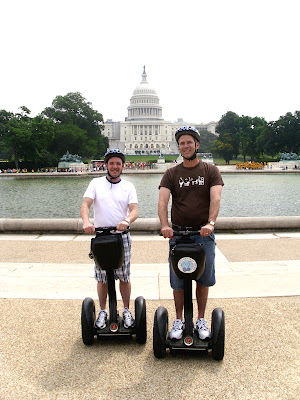 If you ever get a chance, do it! It was a great way to see the major monuments. 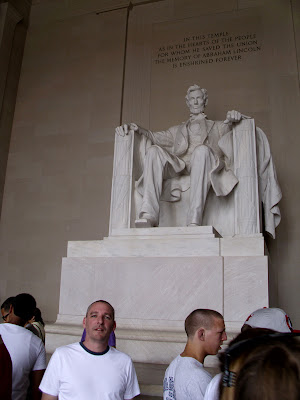 We had lunch after that at a Mexican joint and then went back to the hotel for a siesta. I dozed a bit and Serge slept like the dead as usual. 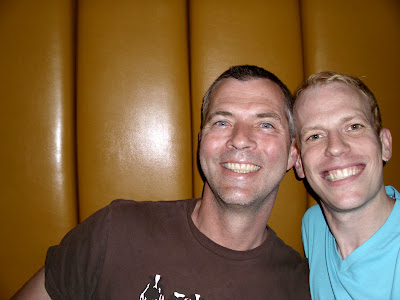 Then we headed out to meet VUBOQ at Number 9 only they weren't quite open yet, so we met up at the joint next door. There were big storms a brewing and even tornadoes touching down nearby. We dealt with the inclement weather by enjoying two for one cocktails and meeting some younguns. Boozy good times.

The next day we had our Capitol tour planned. We got there early and the guy checking us in recognized us as family and winked and said, "Oh honey, I'm gonna put you on the earlier tour so you don't have to wait." Yay, family perks. 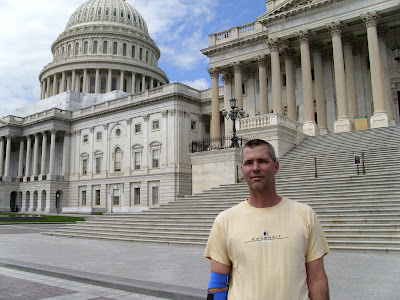 My tennis elbow was flaring up so I wore my brace. It sure is impressive when you are standing next to it. Washington DC is the only place in America where I can feel the European influence in the architecture. Inside was just as grandiose as outside. 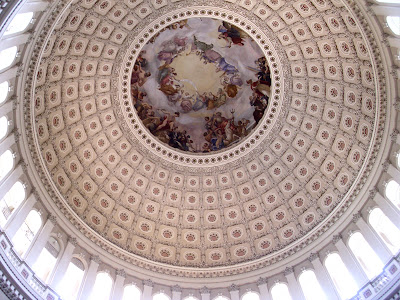 That's under the capitol dome. I wish I remembered more of my American History because some of the details were lost on me since I couldn't remember who certain people were. Doh! The slow Quebecification of me is becoming evident. After that we toured the Library of Congress, an equally opulent structure nearby. 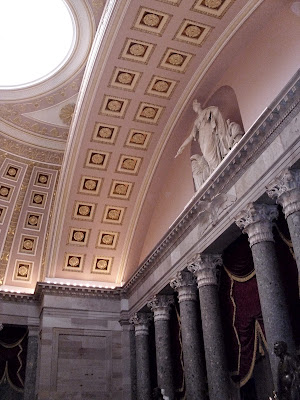 Then we headed over to Union Station to have some lunch. Although Taco Bell nearly seduced me, we decided on Johnny Rockets and patty melts. Nom. Then we went to the National Portrait Gallery and spent hours looking at the paintings and photographs. Not only was it free (like most museums in DC) but there was free coffee at the end! Very nice touch.

After a little down time at the room (I let Serge sleep for about 15 minutes) we headed out to the suburbs to meet some old friends who live out there. They wanted to show us their digs which was almost a McMansion. Although they seemed to imply we should stay the night, Serge was an absolute no on that so we forced them to take us back to the metro stop - a forty minute drive. Oy. Got home late and crashed.

At about two in the morning I woke up in the corridor outside my room. It was the door closing that woke me up. I had sleepwalked to go pee and ended up outside in my underwear with a pee boner and the locked door preventing me from entering. I banged on the door so much that someone in the next room poked their head out. Serge did not answer. So I went down to the lobby and asked the front desk to get security to let me in. She actually asked if I had ID before correcting herself, "Oh of course you don't." I was doing the "I have to pee so bad" dance when the security guy arrived and let me back in. I'm still grateful though, at least I was wearing underwear which I usually don't do in bed! 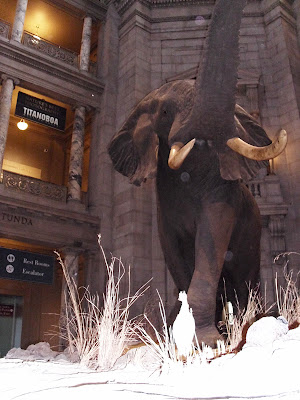 Then we headed out to meet up with VUBOQ again and drinks and Mexican food. There were lots of boys out because the weather was just perfect. 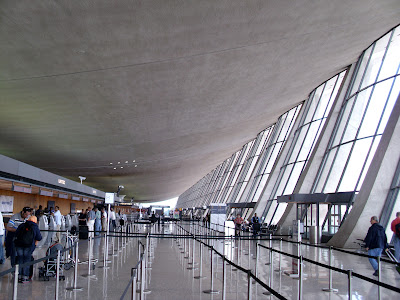 The next morning we headed back home. Metro, bus, plane, car, pick up Georgie and finally home.

Okay so the call. I'm going on the Quebec reality show Un Souper Presque Parfait! We are doing halloween week which will be filmed in a couple of weeks. Our meal has to be halloween themed and our table halloween decorated and we have to dress up in a different costume all five days. Work has been really accomodating as I will have to miss some of my duties during the filming week. It will be aired in October of course and I won't be able to talk about any of the details of the filming until then. At first I was filled with anxiety about it, but now that's morphed into excitement.

There you have it. It's long, I'll admit, but pretend it's thirty posts in thirty days. I'll post when I can. Mwah!
Posted by tornwordo at 2:43 PM 10 comments: