* Didn't get two posts in in October and almost missed November. Yikes. It just amazes me that I used to post every single day way back when.

* As we did last year, we went out to a friend's house to help stack 10 cords of firewood in the basement for the winter. Three guesses what we were doing in the evening. (pictured below) 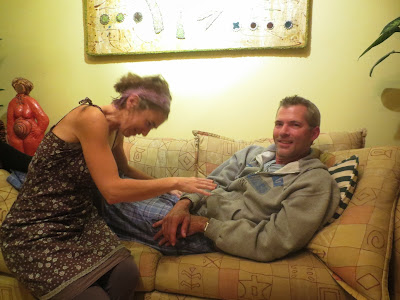 * Our friend Ida is an artist so her place is really cool, full of amazingly creative decor.

* Since she lives out near the border of Maine, near the Mont Megantic observatory, there is extremely little light pollution. At night we went out and laid in the grass and were just gobsmacked at how brilliant the Milky Way was.

* Daytime was lovely too, as the colors of autumn were on display. There were a bazillion photos on Facebook this season with the colors so I'll spare you. Needless to say, beautiful.

* For our 9th wedding anniversary, we went out for Japanese food on the Plateau. It was good, but we both decided we didn't need to go back. Nice presentation, however. 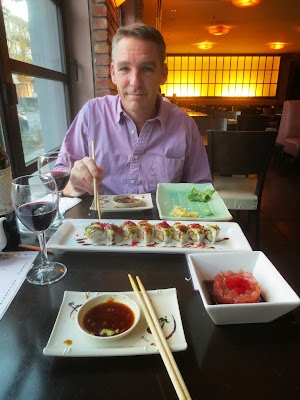 * As we do each year, we make a family Christmas photo to send out. This is at least our 15th year of doing this so trying to make it different is getting to be a challenge. Although I scour the internet for ideas to steal, many of them are too difficult, or Georgie won't comply. Luckily, Serge is a master with the photoshop. Here's one that we were doing, thinking about photoshopping and "riding" Georgie. It didn't turn out quite right so we went with something else. 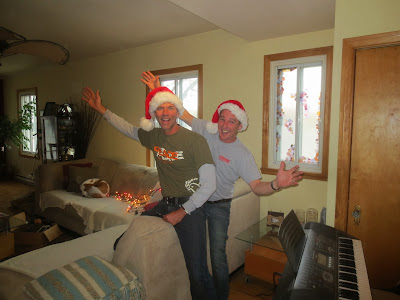 * Saw Gravity and after feeling nauseated at the beginning and then tense throughout the rest, I decided I could not recommend the film. We go to movies to escape, not participate vicariously in nightmares.

* Toward the end of October, I decided to start growing my first beard. Everyone thought I was doing Movember, but no, I don't like to hit up all my family and friends for money, whatever the cause. I just wanted to try it. Here it is after a week or so. 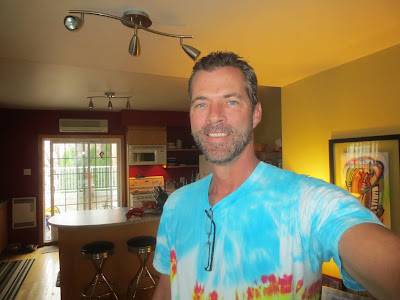 * We have become good friends with a former student of mine and her husband. They came and spent a weekend with us. She revealed that she had always wanted a gay friend, and when I started tutoring her she went home to her husband and said of me, "I found him, it's gonna be my new gay friend." I was charmed of course. But really, isn't it cool when you just click with another couple? I wish they lived closer than an hour away. 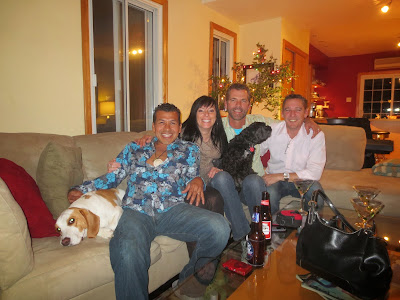 * We went out and took them to the drag queen place. They loved it. Serge wants me to sign up for drag queen "school" which they do once a week at that place. I would have to shave the beard though and I kinda want to keep it for the winter. It really makes a difference keeping my face warm.

* Serge liked my facial hair so much, he started a little project of his own. He can't really grow a full beard, but I like his so far. And his pork tenderloin with mushroom cream sauce was to die for. 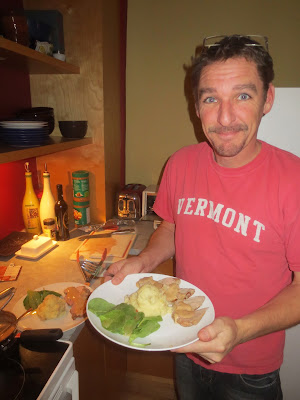 * The sky has been just stunning at sunrise and sundown this season. I try not to post them all on FB, but rest assured, I am taking pictures of each and every one. Each unique. 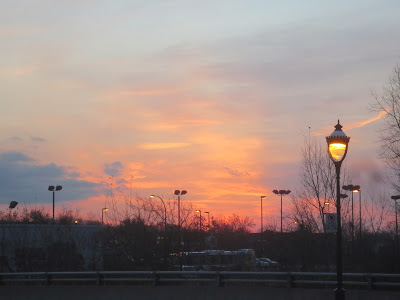 * Serge turned 47 and we celebrated at his mom's house. We brought Georgie along to play with Tigars. The beard is about where I'm keeping it trimmed to now. 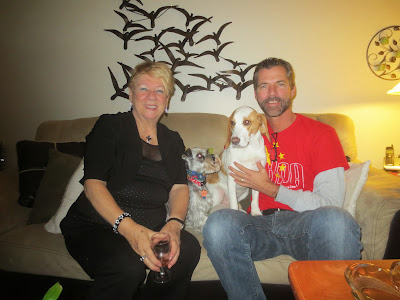 * I got Serge the health and beauty package at the spa for his birthday. It includes a massage and a facial among other things. He has never had a facial. Oh my is he gonna love it. 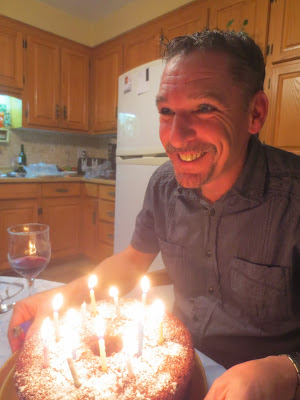 * One other thing he got was a package of sponge toffee. I had never heard of nor seen such a confection. Probably a good thing, too. Dang it was good. Sorry I ate most of your birthday treat honey. 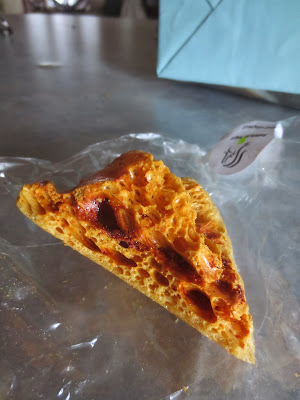 * Well, that's about it for now. Of course there are lots of other things going on that I've skipped. The investment property woes in Florida, work, playing and losing the lottery, the drugs I'm on to quit smoking next week, vacation plans, coloring my hair (gasp) just to name a few. All the better to have something to talk about next time. Thanks for stopping by.

* Oh wait! I forgot. I had a sleepwalking episode this week. Apparently, since I don't remember it, I came out of bed and opened the fridge. Serge was in the office and heard this but then heard nothing else so he came to investigate. Then I squatted in front of the open fridge and peed a humungous amount of urine all over the floor soaking my socks I should have taken off before bed. I wondered what that giant wad of yellowed paper towels was in the sink when I got up the next morning. LOLOL!
Posted by tornwordo at 2:13 PM 7 comments: