Oops I let almost a month go by again. So many things have happened in that time. It is busy and interesting in our lives. Thank god for vodka. First off, we sold our triplex! It's been on the market since late November and we had it fall out of escrow twice. Third time was the charm and we got our hands on the biggest check I've ever had in my hands day before yesterday. I'd show you a picture, but don't want to gloat. Let's just say it was big enough to want to take a picture of. 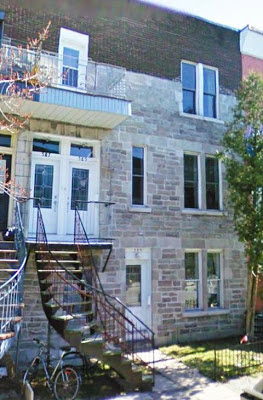 Here she is. She was very good to us and we took good care of her over the years. Replaced the roof, balconies, facade, doors and renovated the bottom floor completely. She gave us back our down payment tenfold. Yay!

Two weekends ago our good friends came up for a visit. They came a weekend too soon as all the summery and touristy things started this last weekend. The pink balls went up in the village (confused? click here) and they closed the street again for the summer. Such fun to have outdoor patios at all the restaurants and bars. Despite the crummy weather we managed to have a great time together going to the top of Mont Royal, visiting the planetarium, eating poutine in the old city and drinking and playing Uno Blast. 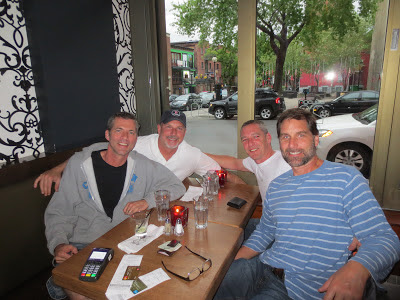 My fave pic of the weekend. 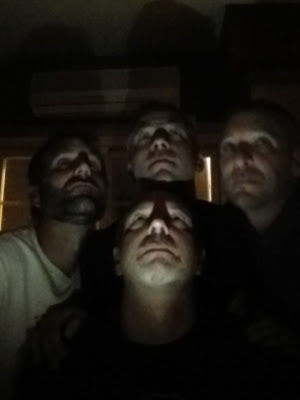 And this was Serge's favorite. Thanks for a great time David and Bryan.

Since we knew we were selling our building for the purpose of investing elsewhere, Serge started sleuthing about the internet to find markets with good numbers for rental properties. He ended up finding a property in Florida that got my mind racing. When we moved here back in 2000, Montreal was just starting to recover from a housing slump that lasted through the '90s. I remember being shocked that one could buy a brand new condo for $59K. Well, over the last 13 years, that has changed dramatically. You have to pay triple that now for a new condo. But Florida is just now starting to recover from the crash. So we decided to fly down and shop for real estate. Flights were half the price from Burlington, Vermont so we drove down last Friday and stayed at the Best Western. 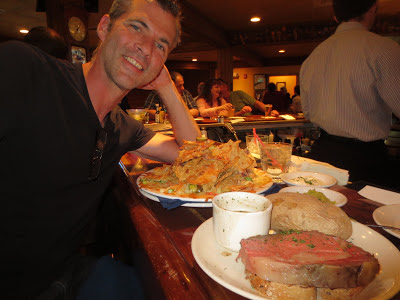 It was packed because it was graduation weekend at the University of Vermont. Serge got the prime rib and I went for nachos. I really regretted chowing down on those jalapenos the next day. Ouch!

Then Saturday was kind of a lost day. Our flight wasn't until 1pm so we went to Famous Footwear (I think that's what it's called) and got shoes! I got a new pair of Birkenstocks, my last pair lasted me 13 summers. They are pricey but when they last that long, they really aren't that expensive. We flew down, changed planes in Newark, rented a car and drove to the hotel in downtown Tampa. I got the hotel for $45 a night on Priceline. Dang, that is a good price. Okay so it was Howard Johnson's but the location was perfect.

The next day we started driving around with our list of properties to do drive bys. After about a dozen or so properties, we realized that the GPS was not being charged by the cigarette lighter in the car. Shit! What are we gonna do now? We decided to turn it off, go back to the hotel and then use Google to get to the real estate investment guy's office. He took us around to see properties in his car and we charged our GPS at the same time. By the end of that day, we decided to meet the next day at 2pm so we could purchase two properties. 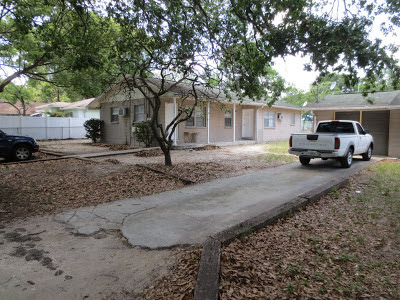 A property with two duplexes on it. 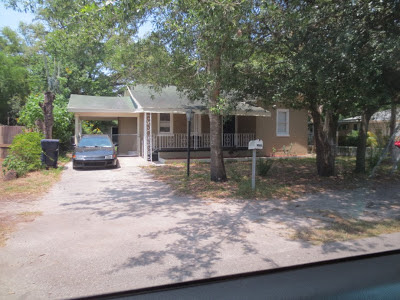 And this house. We could buy them both for cash and net over two grand a month from the rents. But then the next morning we drove out to Clearwater to look at the first property that Serge found that got us interested in Florida real estate. And we kinda fell in love with it. 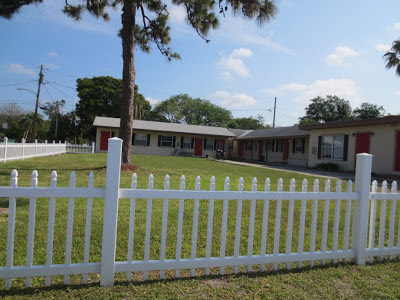 It's an 8plex. Numbers here. So we ran over to a different investment broker and made an offer. Problem is, someone else offered too on the same day. We accepted the counter but the seller will decide at 5pm Friday. The other offer is all cash and ours includes some financing. Whatever will be will be. We will go to plan B which is to buy the other two properties instead if we don't get this one.

In the evenings we walked around downtown Tampa and enjoyed the sights. 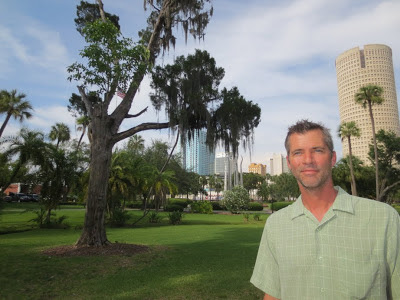 It reminded us of Long Beach California, only more humid. We walked the river walk which was delightfully uncrowded. 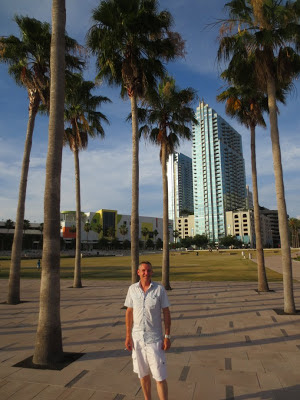 See? Long Beach esque. Great shot of my honey except for the cigarette in his hand.

Sadly, the last day we were there, we got a call from Julie, Serge's cousin who was watching the dog. Seems Georgie hurt himself and herniated a disc in his neck. Poor little guy can't run or jump or play for a month. No more choke chain for the rest of his life, harness only. 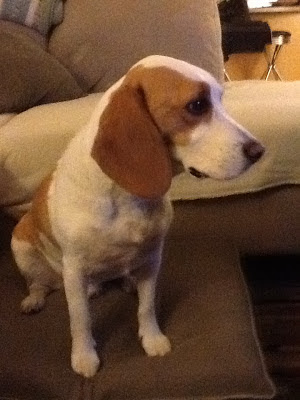 He's acting like nothing's wrong, but after talking with Rox yesterday (not linking unless you want me too Rox) and how she had to put two of her dogs down after their herniated discs ruptured, I am being extra careful not to let Georgie get excited. It is an enormous challenge. He doesn't understand why we've stopped our walking routine, poor thing. Oh well, it's for his own good. I'll try to pop in more often, but it will probably be after the upcoming cruise we are going on June 17th. Don't roll your eyes, it will have been over two months since the last cruise. Grin.
Posted by tornwordo at 4:32 PM 5 comments: