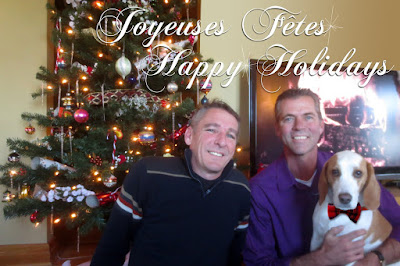 Happy holidays everyone. Here's the card that went out to many. I can't afford to send a card to everyone I know so posting it here is one way to spread some holiday cheer. Serge has been very patient with me this year with the decorating and holiday music. The tree was up before Halloween and although he wouldn't let me listen to the music in October, it has been on pretty much always since the beginning of November. 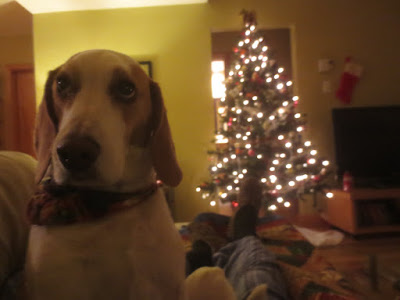 It's been so cozy this year and look at how adorable he is. I haven't had a tree up for several years because I always seem not to be home for the holidays. This year we aren't heading west until the 29th though. Also, this is the first holiday in a few years that I am REALLY enjoying. The people that caused us so much grief are still at it, campaigning mutual friends to unfriend us and telling vicious lies. At this point it's so ridiculous I feel sorry for them. We have moved on, but some people just can't let go of their resentment it seems. 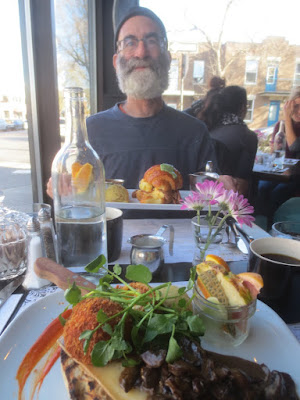 In early November, camper friend Charles drove up to celebrate his birthday. We tripped around town playing tourist and we went to Regine Cafe, definitely my favorite breakfast place in Montreal. Their plates are so interesting and creative. In the picture above I had sauteed mushrooms, cheese on baguette and Scottish eggs which I had never heard of but would definitely eat again. 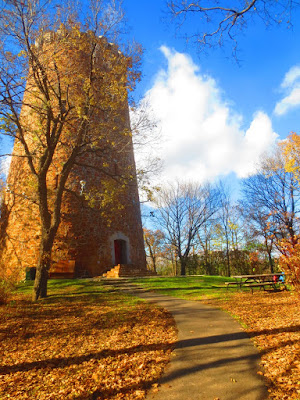 I thought he would be too late for fall color but our walk through the forest up to Levi tower was magical as the ground was piled with leaves and the sun streaking through made it seem like a fairyland. I thought the tower was used in some military capacity as the whole area was a fort to guard against an American attack but it's not. It was built in the 1930's as a water tower. 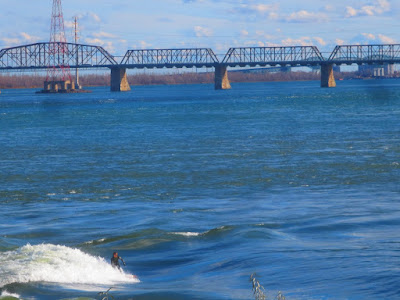 Did you know we have a surf spot here in Montreal on the mighty St Lawrence River? We spoke with the surfers and learned that the permanent wave is different every year and they surf it until chunks of ice appear in the river. They must still be doing it today as we are still devoid of any white stuff this year. (Which I am VERY happy about. God love El Nino.) 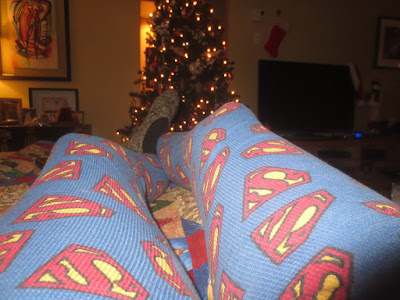 I went to my usual place to get more long underwear this year and everything was changed and the only kind they had was superhero. I feel like such a kid wearing them. Today I'm Batman, tomorrow I'm Superman etc. It's fun. 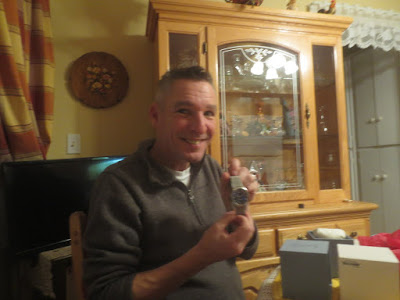 Then it was honey-bunny's birthday the big four-nine. I got him that watch which I just knew he would love and he does! Of course one of the first things he did was look for it on-line and that's how I found out I could have had it for $75 less. Doh! 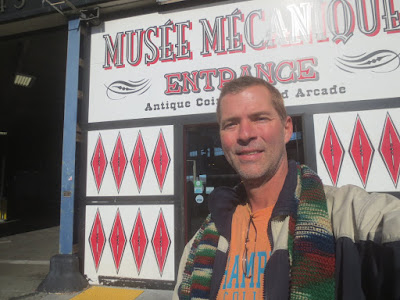 There I am! The week after, I flew out to San Francisco to visit my brother. The first night we went out and I drank too much and I got smacked and smacked someone and was thrown out of the bar (a first!) and then I don't remember much but discovered the next day I did something bad but I had drunk so much I don't remember doing it. Sigh. I can't fathom my brain when things like that happen. Thankfully it's very rare. It made for a less than ideal visit. Luckily a couple weeks later, he came out to visit us and we had a great time. 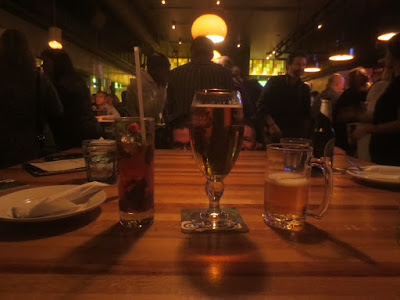 See Serge and my brother? Oh how we ate and drank. We discovered this place and had an appetizer platter where we discovered that we LOVE sweetbreads. Then just as we were leaving the owner came and bought us shots. Wow, that never happens here. Definitely will be going back there. 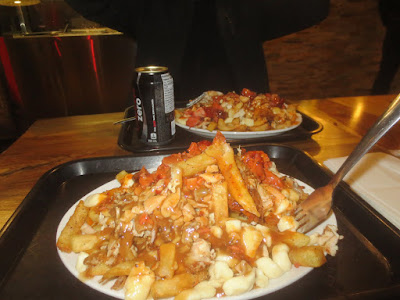 We went back to Ma Poule Mouillé to have their one poutine on the menu. SO amazingly good with Portugese grilled chicken and chorizo in addition to the regular ingredients. It's a Portugese chicken restaurant with many different plates but over half the people in there were eating this. And why not, at $7 it's the best buy in town. 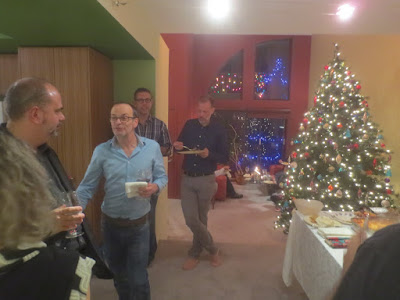 He was even game to go to Dan's holiday party. It was potluck and we brought a tourtière from this awesome butcher shop at Jean Talon market and Serge made mini hotdogs wrapped with bacon. When I heard he was doing this I thought the queens are going to turn their nose up at it, I mean really. Of course it was the first plate emptied on the buffet table. Shows what I know. 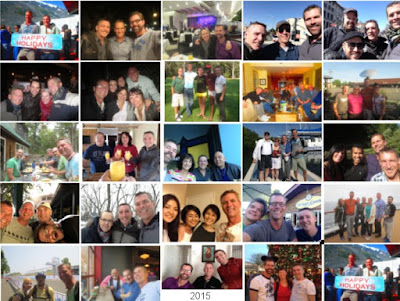 Inside our holiday card I put a collage of pics with all the people we hung out with during the year. At the beginning of 2015 I had said it was going to be the best year yet with big changes and that didn`t pan out per se. But when I look at this and see all the amazing things we did and all the wonderful friends and family we have, I am just so grateful and it really has been a great year. Here`s to an even better 2016. Happy holidays again everyone, MWAH!