Well, well, well I have again been a bad blogger. But I can explain. I finished up the butt-kicking course I was taking and then left for a three week holiday. And I've worked every day since I got back. Again, this blog is perhaps redundant for the FB people since Serge and I have been posting pics of our travels along the way. One of the great things about our trip was that we MISSED the record breaking, city paralyzing blizzard while we were gone. They got the streets cleared up the day before we returned. Nice! This week we have had a lot of warm weather so a lot has melted but there is still a good foot on the ground in most places. 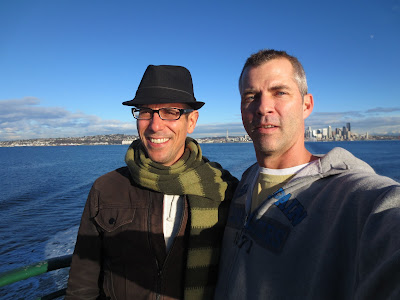 First leg of our trip was our every two year visit to the Pacific Northwest. The parental units rented a cottage on Bainbridge Island, a short ferry ride from Seattle. Here's baby bro and I crossing during the only two hours of our week long stay that featured sunshine. I am not exaggerating, it rained every single day. 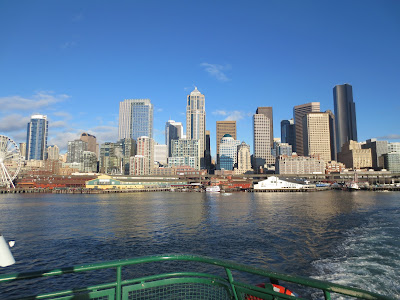 We went into the city several times to sightsee and to eat at Elliot's, the famous oyster bar and restaurant. I am amazed at my continued love affair for all things seafood. I liked the penn cove oysters, first oysters I've liked and I have tried many times. Also, I can't seem to get enough anchovies for my caesar salad. I used to hate those and now, heaven. 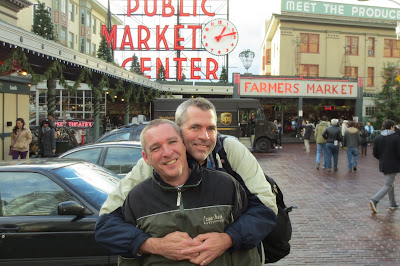 Here are Serge and I in front of the famous public market. I think this was the day he and I escaped to the movies to see This Is 40. OMG it was one of the funniest movies I have seen in a very long time. So raunchy, I just loved it. Saw it two more times I loved it so much. 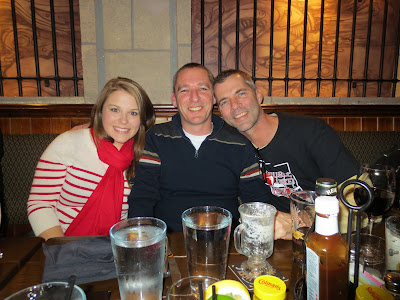 On cousins night, we took the underground tour and learned a lot about the early beginnings of Seattle. It was a really interesting tour so if you ever make it to Seattle, I highly recommend it. 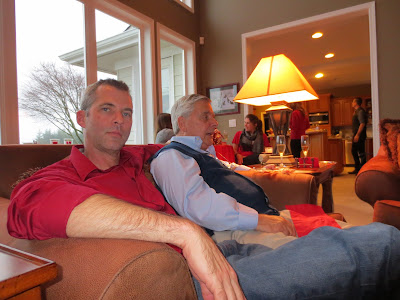 On Christmas eve, my brother and I prepared a turkey dinner feast for the family and then on Christmas day we had a marvelous hors d'oeuvres buffet. I came back a couple pounds heavier, and I'm sure those two days played into that. 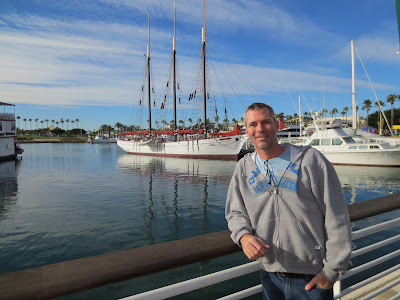 The day after Christmas we flew down to Southern California. It was chilly for them but Serge and I enjoyed what would be downright balmy if it were here in Montreal. I had made a facebook event and invited friends for a happy hour. Out of 25 invites, we had two takers. Ah well, we have been gone going on 13 years now. 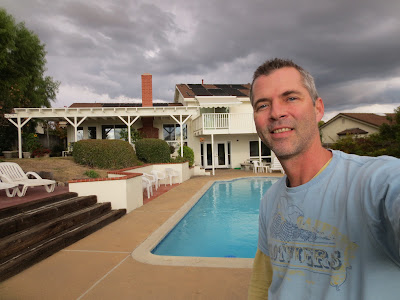 The next four nights we spent at camp mommy. She recently had knee replacement surgery and we tried to help out around the house as best we could. She seemed to improve during our visit, but, well, it sucks to get old. Talked to her yesterday and she seemed to be good, so I was happy about that. 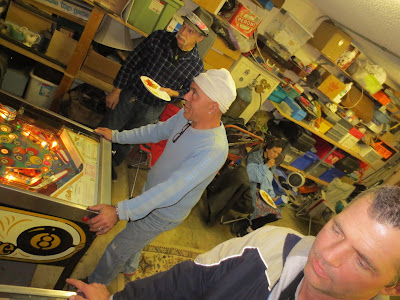 Had New Year's Eve in Donna's garage again this year. It was cold again but I made it well past midnight which is unusual for me. We had two fun pinball machines to play with as the neighbor fixes them up and sells them. 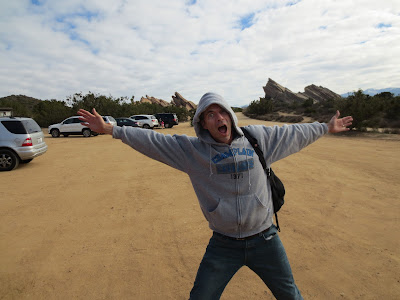 Then on New Year's Day, we drove up and met dad at the Vasquez rocks in Agua Dulce. Very interesting place to hike around. You've seen these rocks in several episodes of Star Trek depicting several different planets. 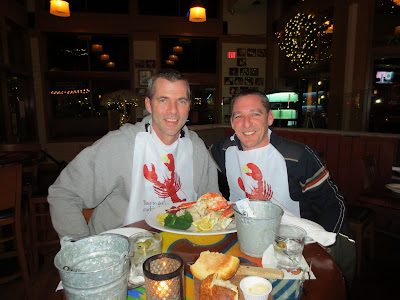 Then Serge and I had a little getaway for a couple nights back in Long Beach. (Got the Hyatt Regency for $60 a night. God I love Priceline!) We had our big crab dinner at Gladstones the second night. Yum! 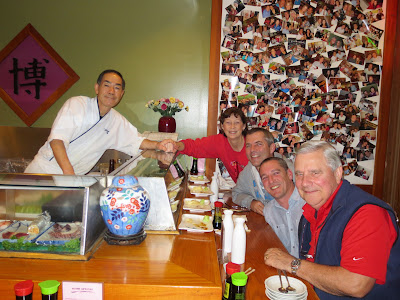 Then we went back to camp mommy and since it was her birthday, we went out to the best sushi place in SoCal, Kotobuki. Blobby, you should go next time you are in town. It is really worth the detour. We were so stuffed after that but it was sooooo good. 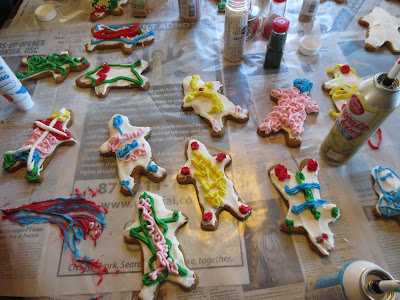 The next day was our annual gingerbread men decorating day. The kids went a little wild on the frosting on some of them, but it was them who got to eat them all. First year I didn't even get a bite. Oh well, next year. 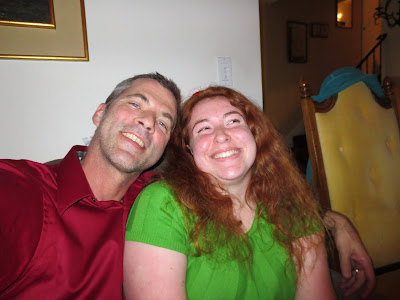 Then it was our annual Feast of 3 Kings party at mom's house. Caya is 18 now and I think this is the first picture I've ever gotten of her and me. Look at that smile! The night was marred by some drama, a rarity and nothing I should discuss here, but I'm sure all feelings will have healed by next year.

So now you are all caught up. I'll try to pop in more often. Here is a little Georgie for you. 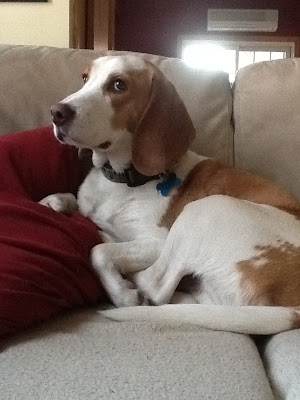