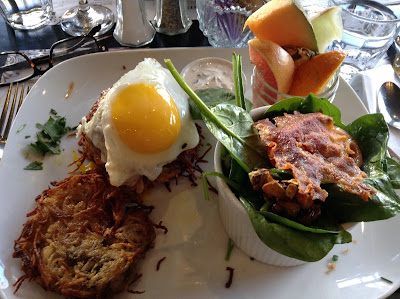 Happy 2016 everyone, I hope you had as delightful a holiday season as we had. We have gone back to Regine Cafe a couple of times and everything is so delicious and creative and beautiful. Food has become such a source of pleasure for me since I have been a non smoker for over three months now. (Yay me!) I so enjoyed the holidays this year. Not only did I get two solid months of Christmas decorations and music, but we splurged on new tuxedos. Splurging isn't all that accurate since they were such a bargain. We got them through studiosuits.com which is an outfit (get it?) in India. You send them your measurements, they send you your custom made suit. We only paid $100 each for them and they fit just great. We only wore them for a half hour on Christmas though as I was cooking the full turkey dinner and we didn't want to stain them. 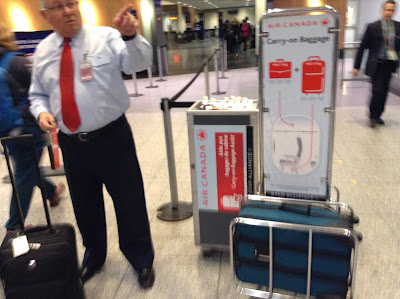 It was nice to be home on Christmas even though it was a brown Christmas. The 28th we headed to an airport hotel as a storm was announced for our departure date, the 29th. When we got to this guy to head into security, he asked Serge to put the luggage in the sizer and then told us it didn't fit so we would have to check it. Needless to say we asked for a supervisor who stood by the decision of this idiot. Logic and reason were useless on them. We have used this suitcase for years and it has always fit in the overhead bins with no trouble. It's very irritating to have to deal with morons. It was a total blizzard and whiteout and I thought that there would be no way that we could take off, but I was wrong. Nothing shuts this city down. 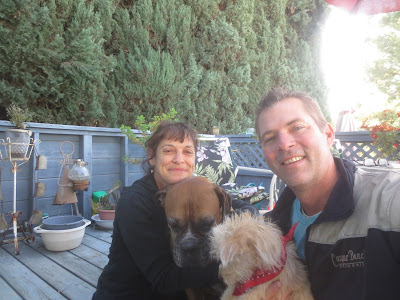 First stop this year was Donna's house. She recently got Stella, a puppy that was sold as a labradoodle but turned out to be a terrier. Cutest little thing. We ended up hanging out all day and playing games and watching movies. This is pretty much the perfect evening for folks our age. We played "Never have I ever" which is good raunchy fun. I ended up buying the game later. 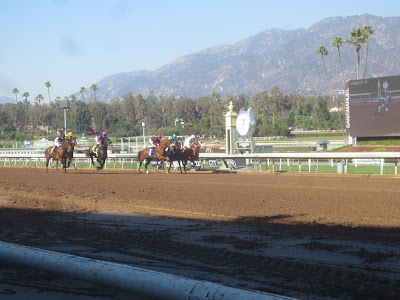 The next day we met my dad at the racetrack. I had read up on all the different betting options and played the trifecta. In one race I boxed a superfecta for every combination but that only paid a tenth of my total bet. I probably didn't think that through, lol. There were some very big trifecta jackpots but I didn't win any. Fun afternoon though. 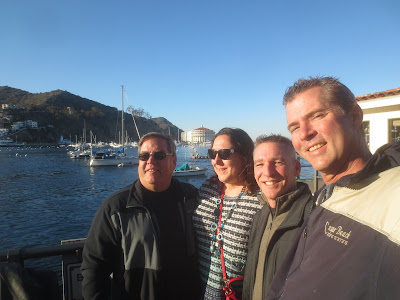 The next day we met our friends and hopped on the Catalina Express. We did something I have wanted to do for 30 years and that is to go the New Year's Eve gala in the Casino ballroom. The casino is that building in the background between Allan and Angela's heads. When I was young, I could never afford to go. We got the package deal which included the party, dinner, champagne, lodging and round trip on the boat. I thought it was pretty reasonable for a little over $300 each, especially since tickets just to the party were $180. 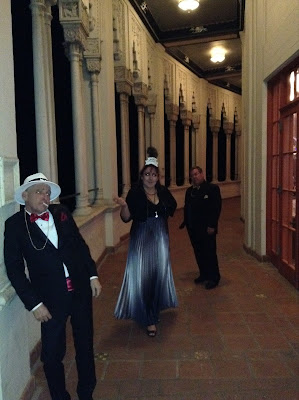 The food was excellent as was the orchestra. The wraparound ballustrade was nice for Serge to smoke and we took some artsy black and white pictures. At least I thought they were black and white on my iphone but when I uploaded them to the computer, the color was there. 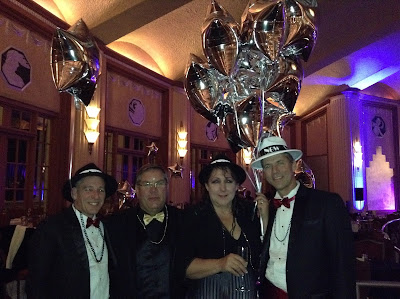 We drank the night away and then Serge went around to people's tables asking for their balloons so Angela could take them to her friend. It was funny watching from afar to see first, the proposition, second, either nods or head shaking, and finally, the take. He got a good dozen of them. This is the first time we've travelled with these friends before but we all got along great and had lots of laughs. We are toying with the idea of New Year's in Hawaii next year with them. 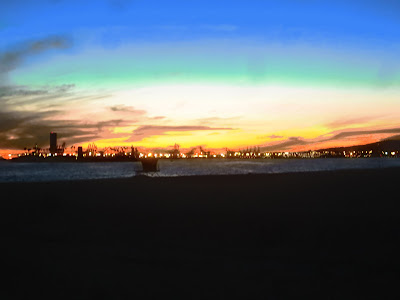 We didn't get any pictures at the 3 Kings party at mom's house. We hardly got to see mom at all this year as there was a lot of other stuff she needed to attend to. This year was chilly for Southern California standards but the weather stayed dry until the day we left. 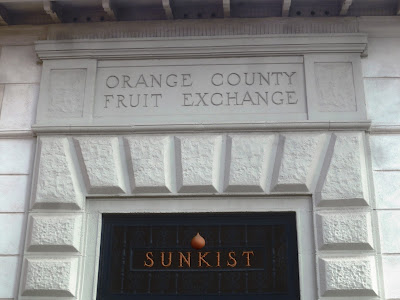 We hung out again with dad and grandma the last day. We went down to the Orange Circle and walked around. When I saw this I thought, "There's got to be a good one-liner here somewhere." I still haven't figured it out yet. Any thoughts peeps? 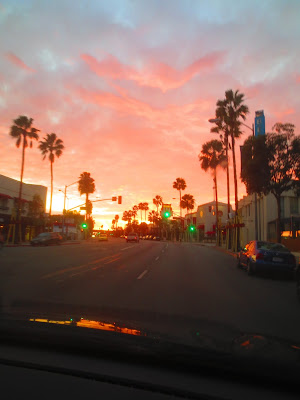 The last night we took a room at the airport (4*, $75 on Priceline.) When I checked in, I asked how much self-parking was and the guy responded $45 a day. I replied, "you actually said that with a straight face." The car rental place was across the street so I said no thanks and returned the car. In order to go have cocktails and happy hour with my friend of 30 years, Jose, we took our first Uber. What a delight to meet interesting people and pay a third the price of a taxi. If you want to try Uber let me know and I'll send you a $15 coupon for your first ride. 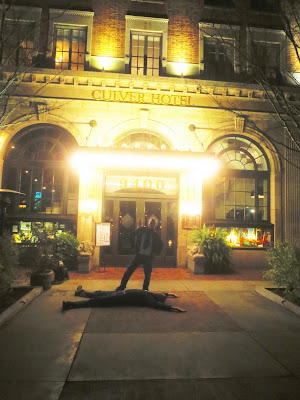 I highly recommend happy hour at the Culver hotel. Little jazz duo and very reasonably priced snacks and cocktails. We were pretty sloshed afterward but all we had to do was order another Uber to go back to the hotel. It was a fast visit this year but we sure did cram a lot of things in. 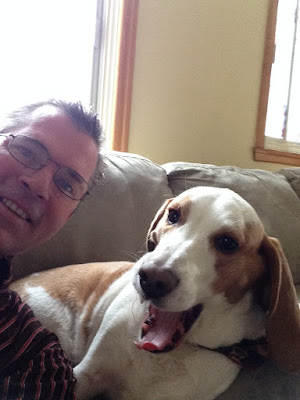 You are all caught up now. We couldn't forget sir George now could we? He has been very clingy to me this year and that's usually just fine by me. I finish up the semester today at one of my main contracts and don't go back for three weeks. I still have some work with other contracts though. And, yesterday I booked another week in Cuba with my honey at the same place we went last year. (Remember how we became the tipping police?) How could we not go when it is only $668 each Canadian ($467US) for everything, plane, transfers, hotel, and all the food and drink you want. I will tell you all about it at the next blog post. Thanks for stopping by and here's to the best year ever! Mwah!
Posted by tornwordo at 2:04 PM 6 comments: