Hey kids, long time no blog. Maybe that is because we haven't gone anywhere since Cuba in February. Until last week that is. I am just gonna go through the few photos I have taken since then and see if we can't craft a post out of this. 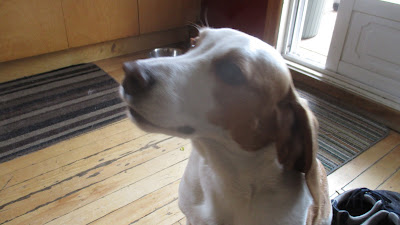 As it turns out, I have no pictures from March. This is probably because I got terribly ill after I stopped taking Champix and was down for the count for 9 days. Moaning on the sofa and Serge trying to get me to eat. I have no idea what caused it but I wouldn't wish that on anyone. We did have our annual game night though right as I was starting to feel better. I posted a pic of that on FB. 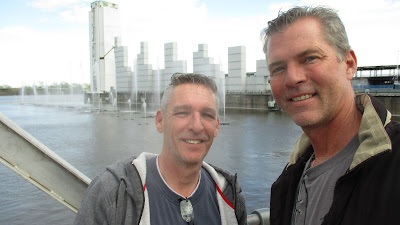 We had a very rainy April but the first chance we got in May, we tripped around town. It was chilly in May, probably ten degrees below normal all month. This is the new installation at the old port where they do light projection shows in the evenings this summer. 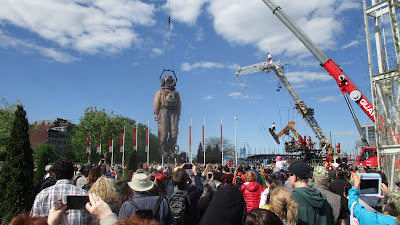 The giant marionettes came to town and we saw a couple of them. Quite impressive to see. The crowds were stunningly large and I got a little anxious trying to stay on the perimeter of the crowd which seemed to change constantly. 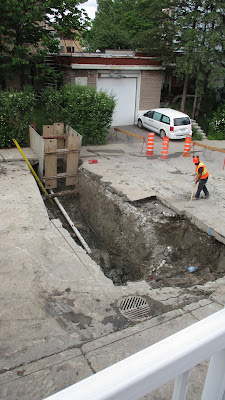 In June, Serge noticed water bubbling out of the street and alerted the city. Cue 2 weeks of digging and digging and then filling and paving. It was a nice distraction from all the rain and chilly temps. Some of the worst flooding in years plagued the city but what are you thinking building your house on the bank of a river? 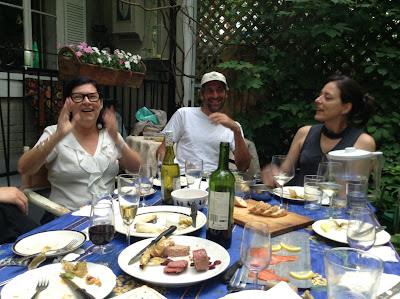 At the beginning of July, we had our annual summer potluck at Jacynthe's house. We always have so much laughter together consuming wine. 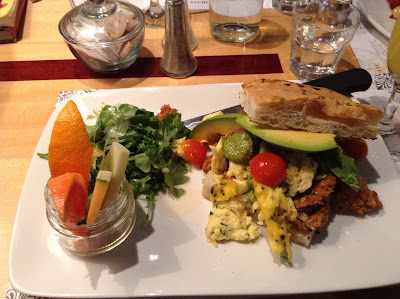 Our good friend Dave from Long Beach, CA came to visit for a week. We tripped around town playing tourist and managed to get into our fave breakfast spot. Regine Cafe. The only place I have ever been where I consider breakfast to be gourmet. 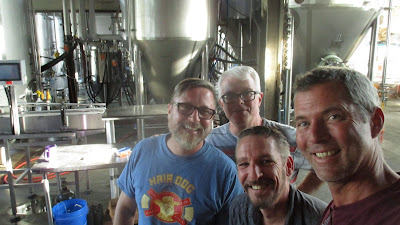 Then last week we went to visit our friends in Columbus, Ohio. Our first time there and what a lovely city. Thom gave us a little tour of the brewery where he works - Land Grant. We were all worried we admitted at the end, that it might be too long together but we all got along swimmingly. 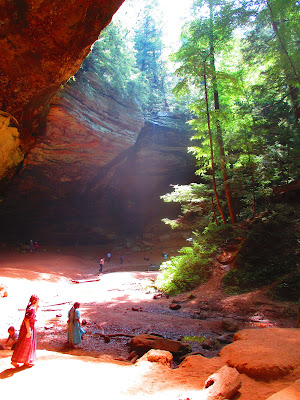 We did a culture day and saw museums and then we did a nature day in Hocking Hills state park. What a beautiful place. First time I have seen Amish in person. Some of them had digital cameras. What? I thought there were no electronics for them. Maybe they are progressive Amish. Hard to tell but there is also a waterfall in this picture. 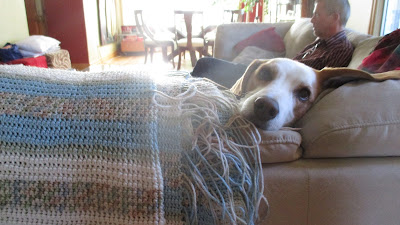 All along, we have been watching dogs for others. George looks like he is over it here. Also, I worked all the way until last week and I go back next week already. Hard to get used to after having had 3 months off every summer but it's good for the bank account.

I think I will blog again soon as we are headed to Camp Camp for our 4th year. Really looking forward to my annual cut off from the world week in the woods. Until next time peeps, Mwah!
Posted by tornwordo at 10:48 AM 3 comments: