- Greetings all. Over a year since I checked into this blog space. A year! I know eventually, google will remove the blog due to inactivity so I've got to pop in at least once a year to keep this record alive. How else will I remember anything before Facebook? If I can't remember when something happened, I can at least refer back here. So here I am. 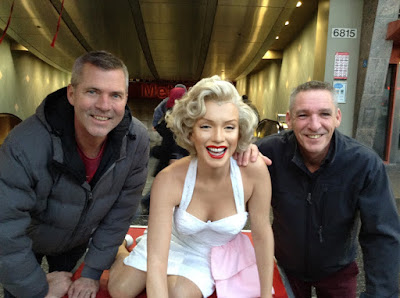 - Many many things occur during the course of a year. How many can you remember? I will use google photos to help me remember though I have gotten out of the habit of being kid Kodak.

- Last post was February 2018! What was happening then? Let's see, I was driving an hour each way for a contract out in the sticks and treating myself to breakfast for my commute. That's when I started on the Avocado toast. (By the way, I invented that decades ago before it was a thing, I used to go to my local diner and order a bagel with cream cheese and a side of avocado which I mashed up for the bagel.)

- We have done our usual traveling all over the place. See Facebook lol.

- I feel like this is the year I have hit the big DECLINE. Always something new that hurts or doesn't work right. Sound escapes my lips every time I rise from a seated position now. Sigh.

- Serge and I did our 25th anniversary trip in September after our usual week at Campcamp.com in August. We went to Portugal and Spain, doing a roadtrip across Northern Spain from Bayona to Barcelona. Serge and I agreed it is in the top three trips we've done. Now we want to go back and visit Portugal more in depth. 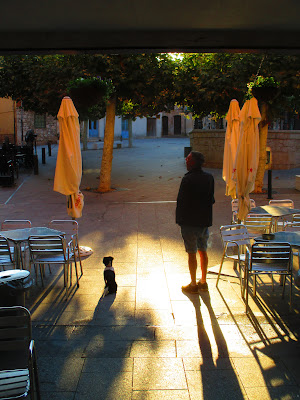 - I think this was the best picture from the trip. I'd like to blow it up and hang it. Of course we ate like kings and drank like fish. Little did I know that was coming to an end.

- Oh speaking of drinking. Serge made a boo boo and drank too much on the plane on the way to London. Long story short. They canceled our whole itinerary and we had to pay $2500 on our first day to repurchase airline tickets to Portugal and then back home.

- At the same time, I started working at another college where all the students are from India on work study visas. The problem is, none of the students want to study, they just want to work. But they must be in class in order to keep their work visa. Ugly dynamic for the classroom.

- Then as busy ness descended as always in October, we went to Key West where I fell into a drinking spiral that proved impossible for me to dig out of. I felt like I was dying.

- So I got on the phone and called all over town asking for help. The shorter the wait, the higher the price. To get in that day at a private place was $27,000. Yikes. Finally, I did the detox on my own at home with drugs (which didn't seem to do anything, but it was valium so of course the pharmacist was all twitchy about it.) and then spent 10 days in a psycho/social detox. Haven't had a drink in five months now. I decided to take a year off, but I am seeing so many benefits that I'm sure I'll ever drink like I did before. Best of all, it cost nothing and once again I was quite impressed with our health care system. (I avoided the month long wait for a supervised detox by successfully doing that step at home.)

- I was offered a 3 month rehab stay but I declined. I really just needed to get off the sauce and learn to go to sleep again without booze. (It's so easy, what was I so afraid of?)

- Sometimes I think about my old Vegas buddy Becky. She's not dead as far as I know but I'm not sure I would know if she died. Luckily I found a new Vegas buddy who I can go with every year now.

- We went to Universal Studios for New Year's Eve with some good friends. It was $375 per person! But it was fun and silly and now we don't need to do it again, lol.

- Finally this last month, Serge and I visited Cuenca, Ecuador. Why? Because we met those expats on the cruise in 2016 who live there for less than a thousand per person per month. I didn't believe them but I am now a believer. (Three course lunch for four people 11 dollars total for example)

- If all goes well, we will retire there in 2021. We need to tidy up our building and sell it. Since banks in Ecuador are paying 8% interest on deposits and the currency is US dollars, we could easily live off the interest from the equity in our building and maintain all our capital. Hopefully I will post a bit more frequently to document our moving to Ecuador. It's still a little bit in the dreamy stage. But every expat we met in Cuenca (dozens) said the same thing when I asked if they had any regrets. "Our only regret is not having made the move sooner." I will go back again this summer.

- 20 years in the Canadian ice box seems like a reasonable stint. Cuenca is 70 degrees year round. Ahhhhh.

- George is doing well but he is almost 12 now so he is getting slower just like his masters. 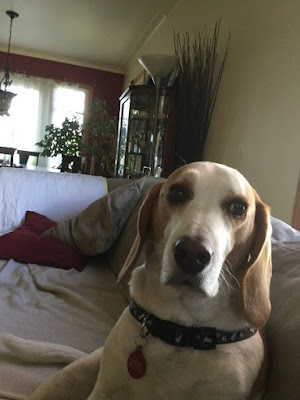 Thanks for stopping by! I'll try to update more than annually! XO