Crankypants with a touch of gratitude 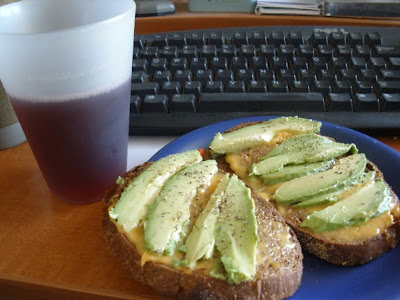 *I've been on this breakfast kick this week. Cheez-whiz on pumpernickel with sliced avocado and cracked pepper. A glass of apple-grape juice to go with. Yummalicious. Dietarily sound? Not so sure.

* Stupid fickle renters. The guy upstairs is moving so we offered the couple living downstairs in the furnished studio the opportunity to move up there. They decided to take it. So we've been working on renting their unit which is usually pretty easy to do. Then yesterday they let us know that they changed their mind and want to move somewhere else. So now we have two apartments to rent. They did sign a lease until October but are signing a new lease with someone else this weekend. Arrrgh. Pain in the ass people. They are on the hook if we can't find someone for the studio (but we will, there's always a market for the furnished units.) But since we haven't advertised the one bedroom until today, it might be hard since most people have already chosen where they want to live for July 1st.

* Crazy July first is when everyone moves up here. All leases are supposed to be written from July to July which causes a ridiculous clusterfuck every July. I'm going to work really hard not to stress about this (totally against character) and trust that the universe will comply.

* Remember that Indian guy who said he hadn't eaten or drunk anything in 70 years? Well, he passed the two week observation test in the hospital. During that two weeks he never ate, drank nor used the toilet. Results of the biology of what's going on will be coming in the next months. "If Jani does not derive energy from food and water, he must be doing that from energy sources around him, sunlight being one," said neurologist Sudhir Shah.

* It's supposed to be in the 80's for the next week. I may have to turn on the air conditioner even. This is unheard of in May. But I'll take it. 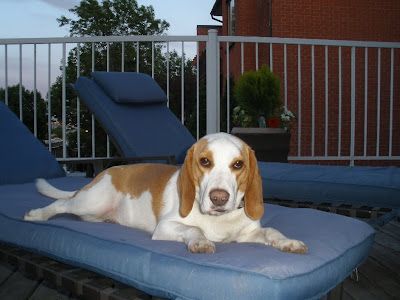 * He is so over the constant photography. Not one of his cuter poses, but still rather regal don't you think?

* Still no fingernail appearing. It's been off for 10 days. Does this mean I'll never have a fingernail again? I thought for sure I'd see something growing by now.

* This is supposed to be poop related, but all systems are functioning splendidly at the moment. Perhaps not so true for these people.
Posted by tornwordo at 6:52 AM

It may well take a couple of months before you get good nail growth there, and it may grow back somewhat deformed. I'm afraid your days as a hand model are likely over.

As for the Indian guy, I'd be interested to see how secure this hospital setup was. There's often a good bit of slapdashery to government-organized activities there, or at least the ones I had dealings with. I remain skeptical.

I agree with Mel, dont give up hope as nails take ages to regrow, it should grow better with time as it is all replaced as the first one will likely be mis-shapen.

Hot here in the UK as well and I am loving it.

You could skip the cheesy stuff and just have the avocado and pepper on bread for a more nutritious breakfast.

Stupid renters, I hate them!

The breakfast looks OK except for the Cheeze-whiz.

My air conditioner is currently on the fritz. We are not amused.

It has been cold and wet for over a week here. Who needs AC?

I am so NOT clicking that link.

I looked @ the URL to that link at the end and REFUSE to click it. I already see vomit in my future.

to spare everyone the trauma, the link doesn't work. nothing to see there, so might as well move on!

You know, you might actually be on something with this avocado and cheez whiz thing. I'm thinking about trying that tomorrow morning. I've got an avocado that is ripe on my kitchen counter right now. In reading your post, I'm thinking 'there's no such thing as coincidence'. Fate is now pulling me to cheez whiz to utilize that avocado!

BTW, that doggie is cuuuuuuuuuuute! "Strike a pose!"

Cranky? Wanna hear cranky? It snowed here for two days. I look out onto the deck and there is two inches of white shit. Yeah.

Every morning, I eat two slices of buttered 12 whole grain toast with my coffee. Lately, I'd rate MY poo as less than stellar.

You almost lost me at cheeze-whiz, let alone cheeze whiz and avocado together. Way to ruin avocado.

It does seem Geo is over the papparazzi.

It's been warm here the past couple of days, but I have resisted the urge to turn on the AC. I'd like at least a few days in between using the furnace and the AC.

The July lease thing always seems crazy to me.

I can't seem to comment at school,only at home..

I love Georgie boy no matter if he has an Elvis sneer or not!

And I'll thank you not to discuss anyone's bowel habits but your own on this blog.

First off, that sandwich looks disgusting! Secondly, why July to July? Can't you do a smaller or temporary one? And finally, Georgie does look very regal, and still cute!

That "everybody moves in July" thing makes my head hurt. Who thought of that one?