Have you ever agreed to do things without really stopping to think if it's humanly feasible? Because that's what I've done, and although I think the obligations that I've agreed to are doable, I don't think they are doable without a large amount of stress. I'm the kind of person who likes to be organized and ready way in advance, but the workplace doesn't really operate that way. If the lesson plan is ready 30 seconds before the start of class, well that's just fine. I'm going to need to work on my breathing in the upcoming weeks. It'll be fine toward the end of April, but between now and then, well, I'm scared. 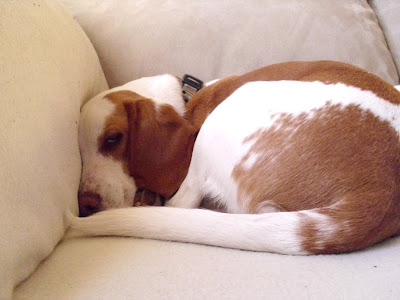 I got the camera to work, sort of. I was able to take this picture at any rate. It seems my on/off button doesn't work for some reason. But. If I take out the batteries and leave them out overnight so that the internal battery loses all the date info, when I reinsert the batteries, it lights up and lets me set the date. Then the off button will work (but not on) I am able to take pictures at that moment until I turn off the camera. After that, it just plays dead. For all intents and purposes, it's useless. I keep hoping it will right itself, but my hopes are not very high.

We had a friend visit this weekend from California. He attended a conference and then stayed with us Friday and Saturday. I was working but enjoyed mealtimes and evenings with him. He took us out to a great restaurant last night. The bill was $275 before tip! The problem with fine dining here is that the wine prices are so ridiculous. I suggested we have beer since you get about ten beers for the price of a bottle of wine, but he insisted on Cabernet. Twas yummy.

Serge fixed the DVR box. He had to find a compatible hard drive and switch it out. Fixed for $100 yay! We haven't used it though since we discovered the new (for us) season of Nurse Jackie and Californication at the video store.

It's cold here! It's windy here! It's that wind that makes the trees groan. I love that sound but not when it translates to a wind chill in the single digits. It's almost April for pete's sake. They are saying we're going to be below normal into May. Ah well, I'll be trapped inside working anyway.

Oh one last thing. Do you remember when there was a pay glitch and I didn't get paid so they put all those hours on the next paycheck and then I got over taxed? Well I tried to be proactive and not let that happen again, but no. This time it wa 6 weeks of hours on a single pay. So my withholding came to 44% when normally it's around 33. On a total of $4500 an extra 11% withheld. And I can't even bitch about it because I've been given all these opportunities there. I know I'll get it back....in a YEAR, but gosh I wish I didn't have to pay when other people make mistakes. I just did my US taxes though, and somehow they want to send me $400. Fine by me. It's just like when Bush sent everyone $300 that time. Even though I haven't paid US taxes for 10 years, they still send me the money. So. There's a little yin-yang thing goin' on with my pay. Peace out ya'll.
Posted by tornwordo at 4:55 PM

LOL @ the name of the restaurant! But it looks fantastic.

I know exactly what you mean about taking on too much within too little time. Maybe it's a Leo thing.

Rats about the projected cold April! I've had it with the cold! I know I didn't do too well during that heat wave last July, but this is ridiculous.

Do I think there's such a thing as taking on too much? One word. "Marketing." What the hell was I thinking?! This is TOTALLY going to cut into my Jersey Shore time (the show, not the beach).

We just did our taxes and got a yummy return back. Of course, we paid a King's ransom in taxes. Quite sickening. Good thing I stay home and will be a burden on the system in my old age. :)

Oh and BTW? You can do it! I have faith in you.

Last minute program plans... that's par for the course for a lot and if it works..perfect. Georgie is giving you the eye...funny I'm laying in the corner of my sectional the very same way...we are so insync G. PS...tks for the kind comment re: my dad's photos...really it's all luck but guess who's looking into istockphoto thanks to you! Still reading! thumbs up!

I'm like you in that I want to be prepared ahead of time so that I don't feel rushed. My boss lives on the edge with no margins, screeching in to the finish line as the buzzer goes off. (How'd ya like all those mixed metaphors?) It makes me crazy. I hope you survive in semi-saneness.

The camera would drive me nuts, too. But thank you for going to all that trouble for the Georgie pic. I love how they curl up like that, all jammed up against something.

Use one of those paychecks to get a new camera. You really know how to use one, and we love it.

I love that picture of Georgie. He can barely lift his eyelid - a dog's life.

Please don't tell me we're going to be in this cold pattern till May! This is terrible.

Hope that dinner was delicious...at least the wine was!

Your dog is so darn cute...

love, love nurse jackie and californication! MY KIND OF SARCASM., wish we could watch together.
xx
d