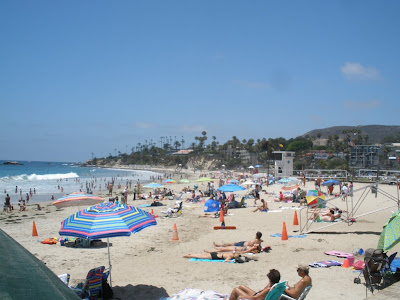 They got over seven inches of rain here while I was gone. This, according to my electronic rain gauge anyway. Serge said they had thunderstorms practically every day during my absence. We are having people over Saturday for a BBQ - our first party of any kind in 5 years - and the forecast is for rain. In Southern California, they are going through their typical 6 month dry period. 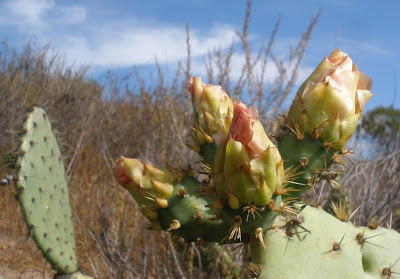 One day while I was out there, I explored the Laguna Canyon Wilderness Park. It was inaugurated in 2006, and though I've seen those hills my whole life, I had never tramped around on them. It was pretty stupid of me, but I set out with no water, then got kind of turned around and ended up doing 6 and a half miles in the hot sun. Saw some pretty flowers though. 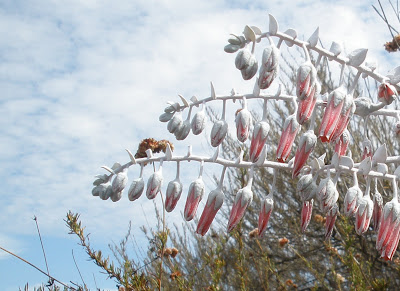 While I was walking around up there, I was talking to an old high school friend who was recently deceased. So shocking (suicide) to hear about someone my age dying, even if it did come from that lame website Classmates. I didn't go to the memorial service as it conflicted with family obligations. 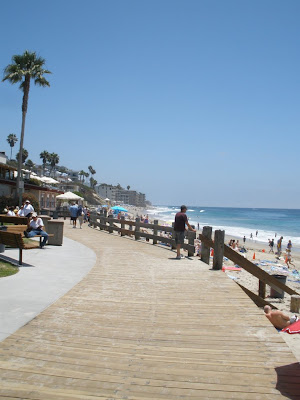 The whole accident thing weighed heavily on me during the trip. The old couple I bumped into were supposed to get an estimate and call me. They didn't do that. They didn't call their insurance company. They didn't call my insurance company. No, even though I told them to let me take care of it, they called the rental car company. Thanks guys! So now the rental car people are calling me to investigate. The old couple finally got back to me yesterday with an estimate for the scratch on the bumper ($638!) and want a rental car for three days as well. I found a mobile shop that will do it for half the price and no rental car needed, but they are balking. If I had this "damage" on my car, I wouldn't even bother. I'm hoping to get this resolved anyway today. 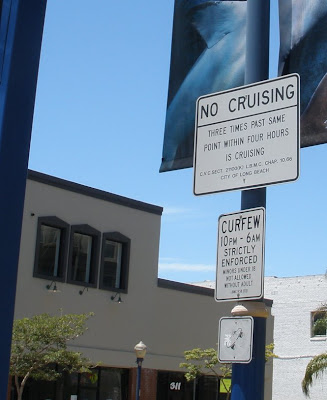 I thought it was funny how they defined cruising in Long Beach. We all stopped and said what if you're looking for a parking spot and go around the block a few times? 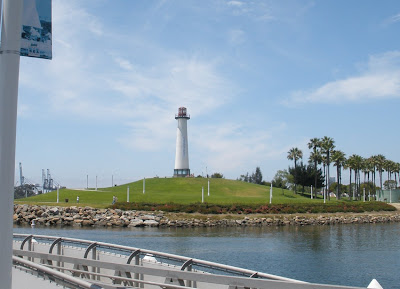 The weather was just beautiful the whole time I was there. I kept bringing it up, but when you live there you kind of stop noticing it because almost every day is like that. 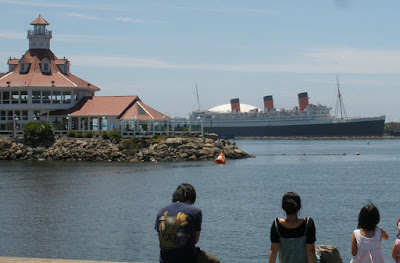 I didn't take too many pictures this time. Oh sure there are some of me and the family and a few of me and friends, but I've posted some like that every summer for the last four years. Seems a bit redundant to me. One day, my mom was talking about the "burning needle" sensation of the arthritis and a "ding ding ding" sound went off in my head. That's exactly what I was complaining about a few weeks ago. I had said burning and tingling but burning needles sounds exactly right. She consoled me though adding, "At least it's the good kind!" I had to laugh at that, hey you've got a debilitating illness but don't worry it's the good kind. 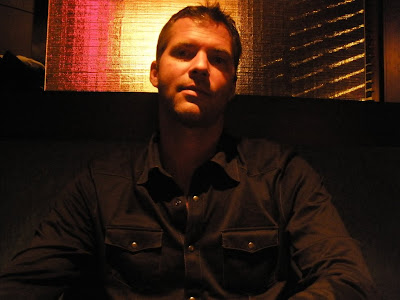 When I got back and Serge picked me up at the airport, we went to the Keg and enjoyed a scrumptious feast for carnivores like us. Serge had some news, apparently he had his hours cut in half at work. We're trying to look at this positively, he'll be able to focus more on his side business doing web sites, but it also means there'll be no more carnivorous feasts for awhile.
Posted by tornwordo at 7:57 AM

I think the economy has bitten almost all of us by now. Hopefully Serge will be able to make it pay off with the website business.

That SoCal weather looks pretty much like what we got in Washington, and now we're back to the clouds, which they're saying will continue through most of the summer. Feh.

Welcome home! I missed losing to you all the time in Scramble :-)

Ditto what Mel said about Serge.

And here's hoping you have great weather for your BBQ!

Next time you come to LB, let me know. I am one of your fans here in CA.

you were talking to a recently deceased friend?

That boardwalk looks so nice.

Sorry the fender bender was such a worry.

I am sorry to hear the bad news listed in this post. Hopefully, though, you will still enjoy the party.

What a beautiful shirt you're wearing!

So you talked to a guy who had committed suicide? What was it like? Does he have any regrets? Those Laguna hills have been spirit filled for many years. The Native Americans used to go there to speak to the great Spirit. ed

I felt the same way when one of my old boyfriends died of a heart attack. Weird. We're aging, my friend. Beats the alternative.

And sorry to hear about Serge's job. You two will be fine though, you're both pretty clever!

The flowers are beautiful. I liked that you were so aware of (and grateful for) a beautiful day. They take it for granted like we who live in winter climes never can.

So did Laverne give you that shirt? Not that it's not a beautiful shirt, but that's the sort of thing I'd say :)

Easy to ignore the sun when you have it everyday. I didn't appreciate summer until I moved back east. Here we appreciate rain! Our family even has rain parties!

Welcome back! Your cyber presence was missed.

Glad to see you're back. Sorry to hear about Serge's job.

Welcome back, bud, and thanks for taking us along. Beautiful pictures, full of sun. That last shot of you is mysterious looking, in a good way.

You ARE going to see a doctor, right? You may be able to halt whatever it is in its tracks if you act early enough. We want the report.

I feel guilty when I see so much setback in this economy. So far we're doing okay. Who knows what tomorrow brings? Hang in there.

I'm beginning to think my general area is the only place in the country that is having the best summer weather in a long, long time. I can't even remember the last time we had a summer this nice.